The first of the Royal Australian Navy's (RAN's) three Hobart-class air warfare destroyers (AWDs) was provisionally accepted by the Department of Defence (DoD) on 16 June from the AWD Alliance.

The grouping consists of the DoD, government-owned shipbuilder ASC, and contractor Raytheon Australia.

NUSHIP Hobart successfully completed 21 days of sea acceptance trials off the south Australian coast in March, involving a series of platform and Aegis combat system tests. Subsequent platform and system familiarisation activities were conducted with the Spanish Armada's Christobal Colon , on whose F-100 design the Hobart class is based.

The 7,000-tonne AWD will undergo further trials off south and east Australia before being formally commissioned into the RAN in Sydney on 23 September.
Top

Do you have a ticket to the ceremony Russ ?....

Or when do you get to crawl over it and get all the walk-around shots ?
Top

I was asked about going to the commissioning as I know the XO from way back when he was an RP. It was a tough decision to say no but it came down to two events. HOBART's commissioning in Sydney or my eldest daughter Sam's wedding (that little girl who presented flowers at the first TF72 regatta back in 1995). I think everyone can work out what my priority was going to be. I have spoken to HOBART about a look around once she is in service and hopefully a tour for TF72 members. Once CANBERRA is sorted our I am organising a look around her too.
Top

NUS Hobert entered Sydney harbour yesterday morning and is curently tied up at the northen end of Garden Island.
She is postioned in the good location for photo opportunities. If she is still there in the monring I'll take some photo's.

A couple of official shots of her arrival. 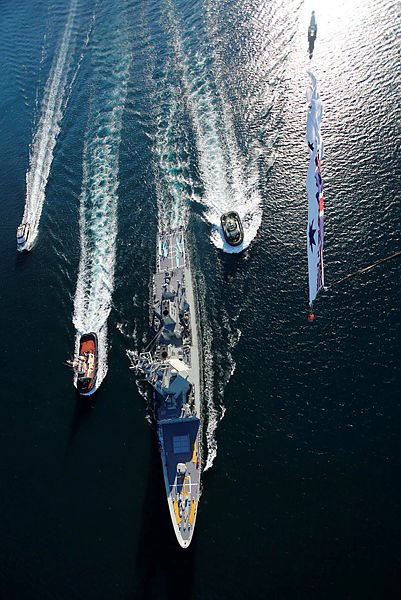 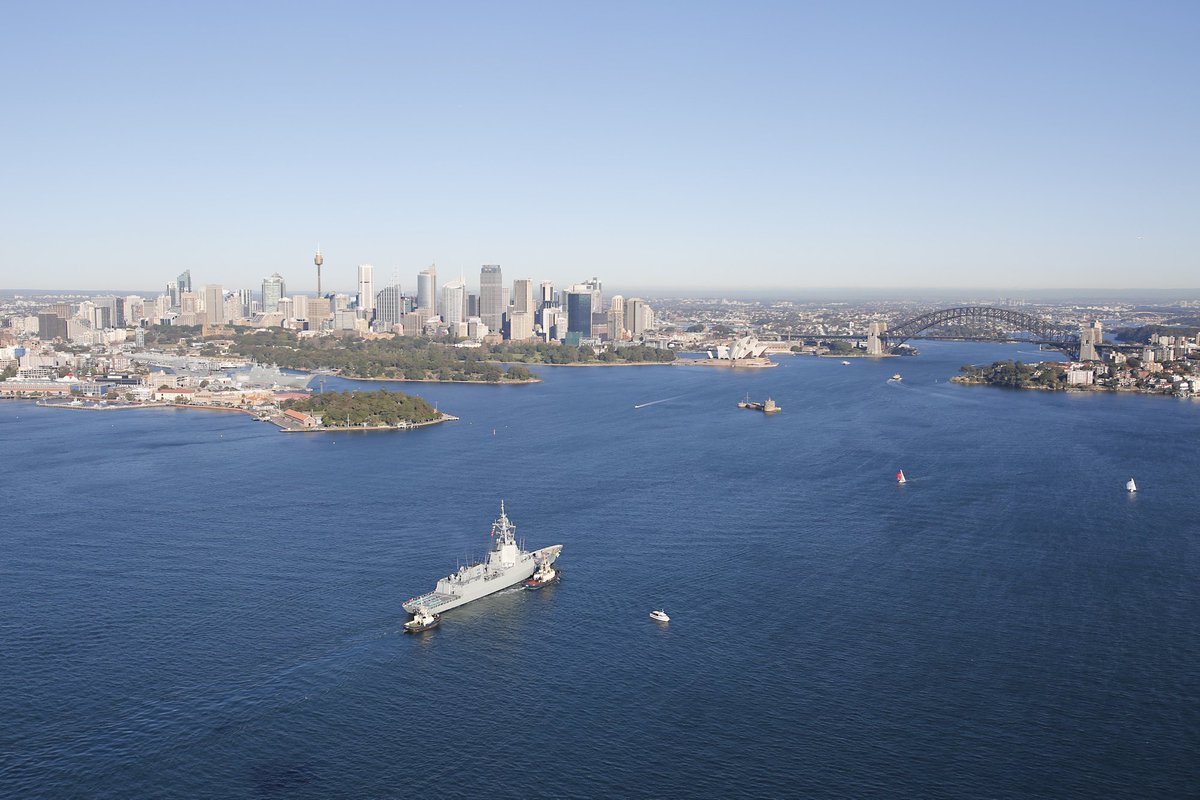