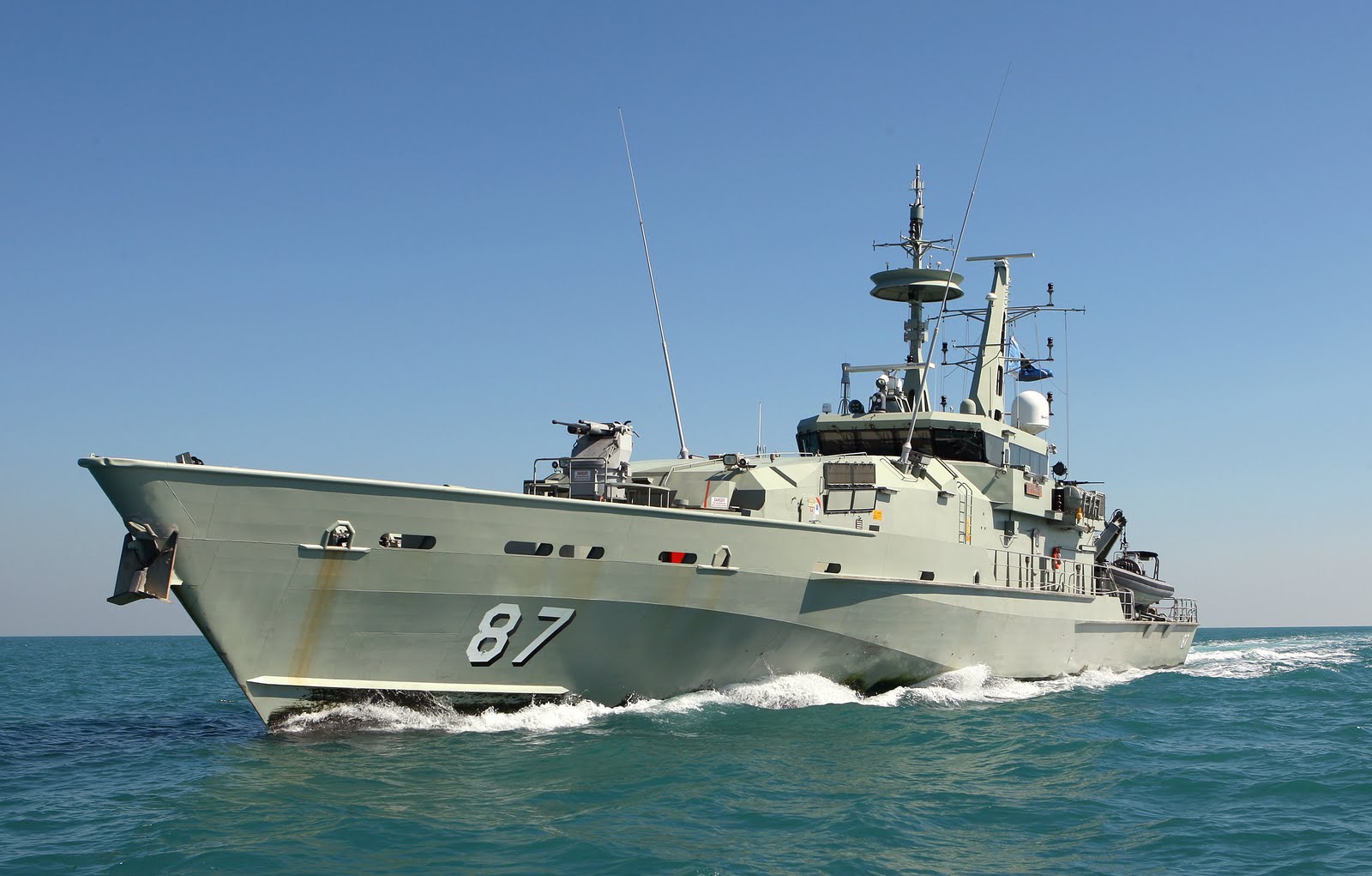 HMAS Pirie will be decommissioned at Darwin on 26 March 2021 after 14 years of service. Its decommissioning was announced by the RAN on 14 March.

Australia commissioned its first Armidale-class boat, HMAS Armidale in June 2005 and inducted the final vessel in the class, HMAS Glenelg , in February 2008. Pirie is the fifth-in-class, and it was commissioned in July 2006.

The Armidale class was originally 14-strong, but one of the vessels, Bundaberg , was destroyed in a major fire in 2014. The 57 m, 305-tonne aluminium-hulled boats were constructed by Austal Ships to Det Norske Veritas standards for high-speed craft and can take on operations up to Sea State 5.

The Armidale-class boats will progressively be retired to make way for the Arafura-class offshore patrol vessels (OPVs), the first of which is scheduled for handover to the RAN in late-2021.
Top

My first ACPB, back in 08, when they were still multi-crewed. A rather short lifespan
Top

14 years Kit, compared to the 22-26 years for the preceding Fremantle class.

Partly driven by the issues with the aluminum construction not handling the demands placed upon it by the RAN, compared to the steel Freo's.

Partly driven by the continuous build program being used to maintain a ship construction base and to turn out the Arafura's and the need to find crews for those boats, which will eventually be coming out at the rate of two per year.

HMAS Pirie sails down the Brisbane River after her final departure from HMAS Moreton before decommissioning later this month. 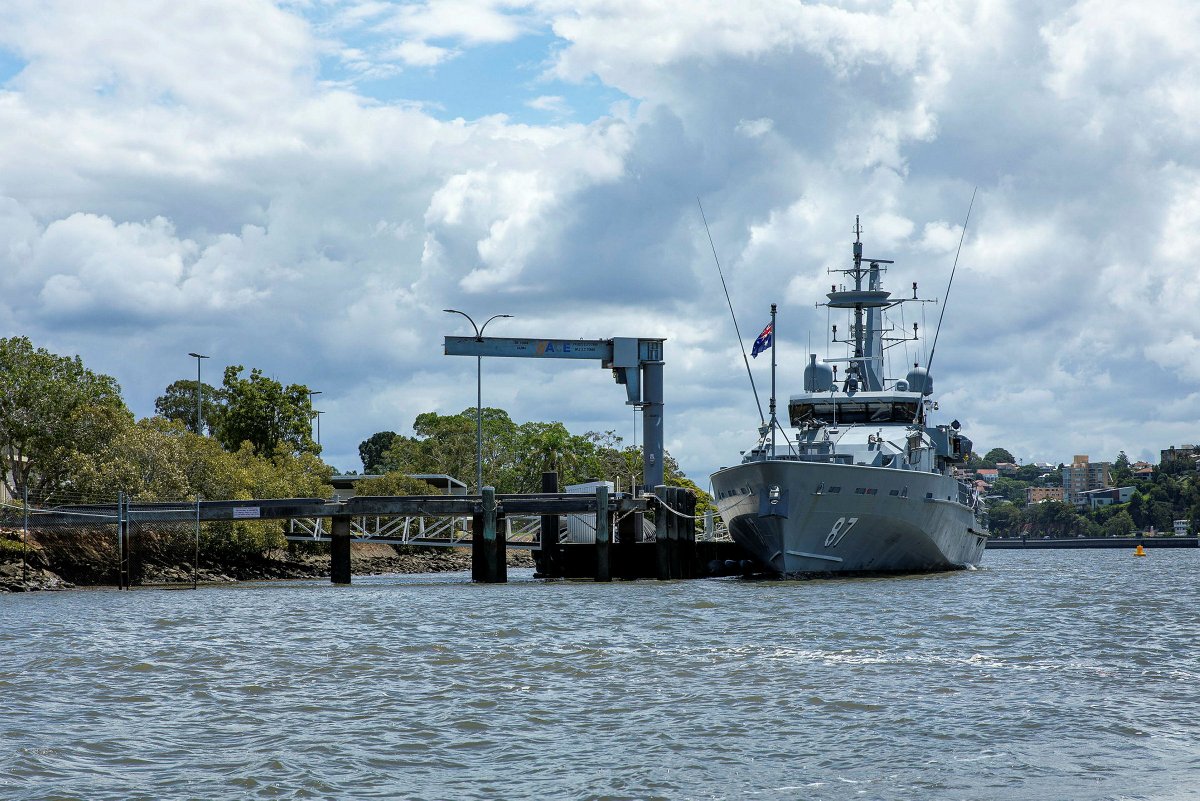 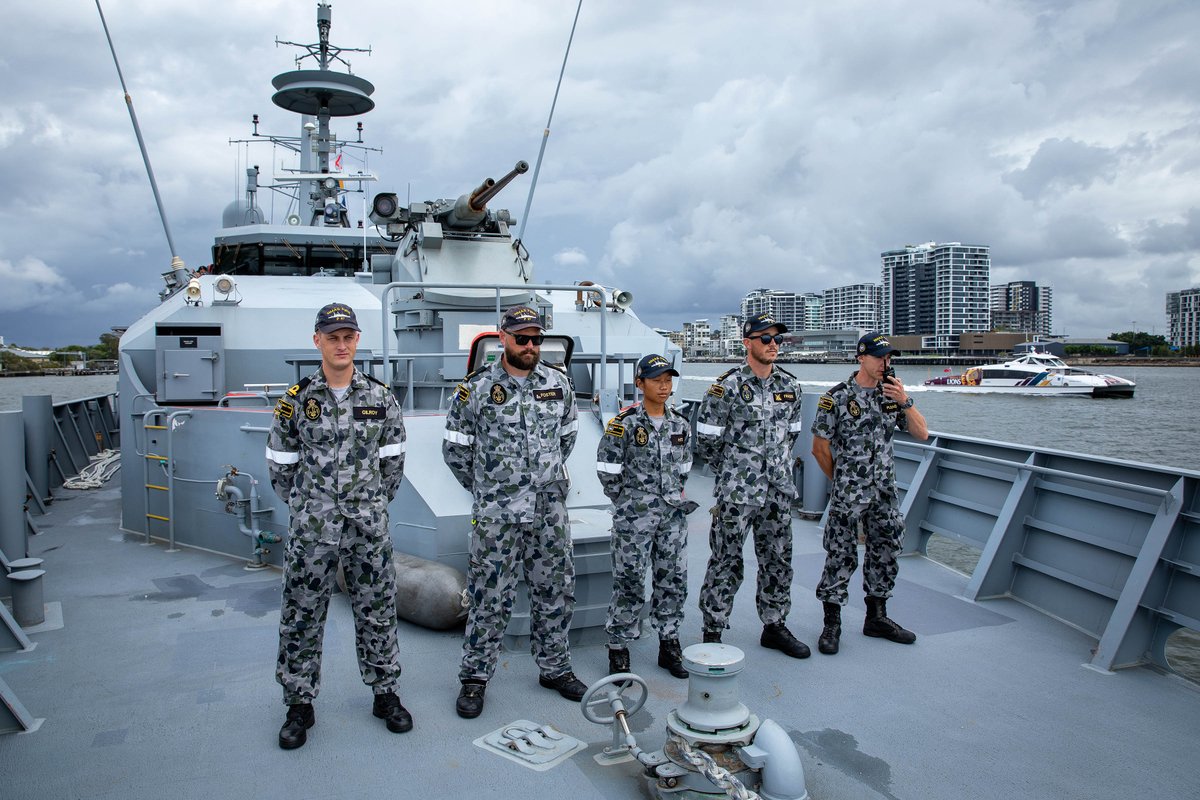 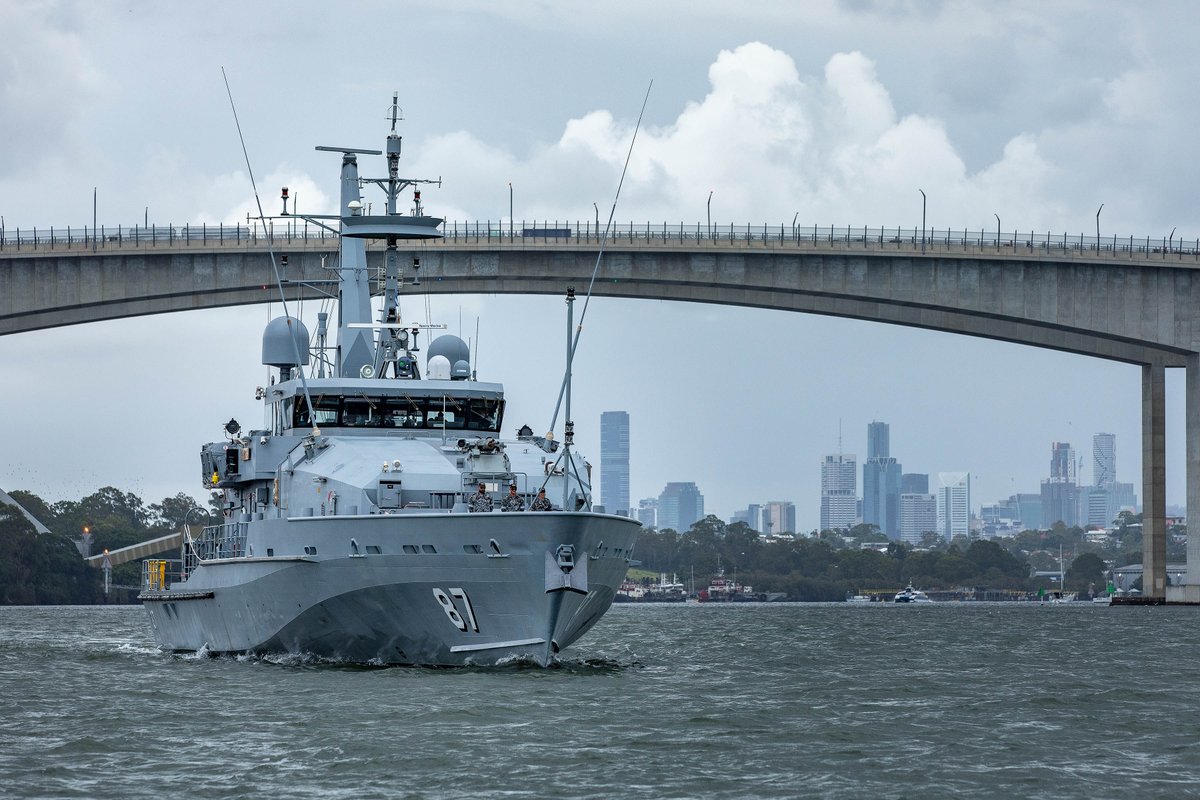 Oh believe me, I'm acutely aware of some of the struggles we're having. The fleshy part of the equation (or lack thereof) is a *huge* problem.
Top

I'm damned if I know how we are going to man the Arafura's which have double the crewing requirements of the Armidale's, let alone 12 subs.

I think we have to spend a lot more money on recruiting, as all the bright shiny toys are useless without the warm bodies to crew them.

Service ends after voyage to moon and back

HMAS Pirie (II) has completed her service to the nation and was decommissioned at her home port of Darwin on March 26.

Pirie, the first Armidale-class patrol boat to be decommissioned, has conducted a wide variety of border protection missions and tasks to combat illegal fishery over the past 15 years.

The 56.8m vessel has sailed more than 426,000 nautical miles – or 20 times around the circumference of the Earth, or to the moon and back – and completed port visits across the region as far east as Samoa, as far west as Cocos Keeling Island, as far south as the Bass Strait, and as far north as Qingdao, China.

In 2015, Pirie made headlines in Australia when, while on border protection duties, she responded to an urgent call for help from a fishing boat about 650km from Darwin where a man was stung by a highly venomous box jellyfish while recovering fishing nets.

The crew provided 16 hours of medical support as they rushed the casualty to hospital, ultimately saving his life.

Pirie maintained a high tempo right to the end, and as recently as last month responded to a distress signal in the vicinity of Townsville, working with the Joint Rescue Coordination Centre and Queensland Police to locate and provide assistance to three stranded fishermen.

Chief of Navy Vice Admiral Mike Noonan spoke during the decommissioning ceremony against the background of a tropical storm.

“This example highlights the bond between our sailors and their ships.

“Our bonds run deep, and when we celebrate Pirie’s contribution to our Navy, we should also remember and thank all of those who have served on her over the last 15 years, celebrating each of their contributions to Pirie’s history and our story of operational excellence.”

The 39th and final Commanding Officer of HMAS Pirie, Lieutenant Commander Sean Dalton, said lowering the ship’s Australian white ensign for the final time was the beginning of a program to decommission a whole class of patrol boats.

“Pirie will be missed, but today is a final paragraph in a 15-year story of service,” Lieutenant Commander Dalton said.

“The crew and I are proud and excited to be involved in not only bidding Pirie farewell, but also in recognising that exceptional service.

“However, this sadness is countered by excitement for the new Arafura class (offshore patrol vessels) currently being built at Osborne Shipyard in South Australia, and Henderson in Western Australia.”

This was the first time Leading Seaman Michaela Rinaldi had been part of a decommissioning crew.

“I feel very honoured to be a part of HMAS Pirie’s decommissioning,” Leading Seaman Rinaldi said.

“During my time on board, I’ve had the opportunity to work with many talented sailors who have inspired me.

“Leading up to Pirie’s decommissioning, the crew has worked tirelessly to ensure we were prepared to sail the east coast of Australia.

“I’m stoked to be a part of this chapter of Navy history and will never forget the memories made on board Pirie.”

Pirie will now make way for the first of the new Arafura-class vessels.

The Arafura-class offshore patrol vessels will provide a significant increase in capability over the patrol boats they will replace, enhancing Australia’s capacity to patrol its maritime territory and near region.
Top
Post Reply
7 posts • Page 1 of 1