Reports of another Russian ship hit

Reports of another Russian ship hit

Unconfirmed reports emanating from the Ukrainian armed forces suggest that the Russian Navy Admiral Grigorovich-class guided-missile frigate Admiral Makarov has been struck by Ukrainian anti-ship missiles off the coast of Odesa in the Black Sea.

The Admiral Makarov is a much smaller ship that the Moskva, but fitted with the latest Russian offensive and defensive systems.

The Russians, who have been limited to building corvettes and frigates in the post-Soviet era, claim the class are amongst the most capable surface combatants of the Russian Navy.

Attempting to get more info and will update when I do.

Good stuff Mike, keep us posted. I for one have been willing the Ukrainians on to score another Naval hit to burn that Butcher Putin. Unfortunately, many decent Russians have probably also lost their lives due to his stupidity, but War is War. Hopefully somebody in his regime will stand up and stop this madness.

Still not verified as true, let's hope it isn't just 'wishful sinking'.........did you see what I did there?

The Ukrainian military have updated their claim from 'damaged' to 'heavily damaged' and claim rescue vessels re converging on the site from Sevastopol.

"According to reports, a Ukrainian Armed Forces unit struck the Russian frigate Admiral Makarov, which was heavily damaged and is burning in the Black Sea near Zmiinyi (Snake) Island. Russian aircraft are now circling over this area of the Black Sea, and rescue vessels have come out of the temporarily occupied Crimea to help the ship".

In a strike by Ukraine's Navy, Russia lost off the coast of Snake Island their support vessel Vsevolod Bobrov, launched in 2016. 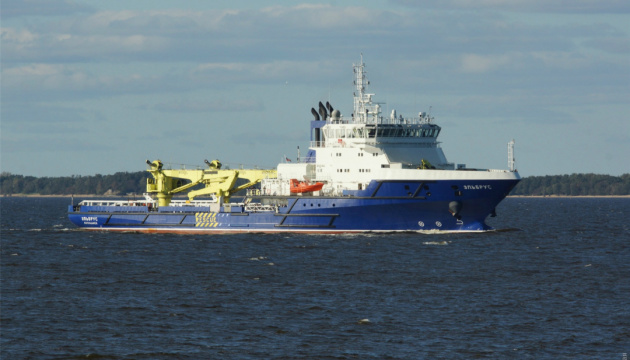 Serhiy Bratchuk, a spokesman for the Odesa Regional Military Administration, reported on Telegram that the ship was damaged and set on fire as a result of a Ukrainian strike, Ukrinform reports.

"As a result of the actions of our Navy, the Vsevolod Bobrov support ship, one of the newest in the Russian fleet, set on fire. They say she is limping toward Sevastopol," Bratchuk said.

However, the spokesman added, "the information is yet to be clarified." "But the fact that she suffered a ‘snake bite’ in the area of ​​Snake Island is true," he said.

According to the head of the Institute of Black Sea Strategic Studies, Andriy Klymenko, the vessel was engaged overnight Thursday, May 12.

As reported, over the recent weeks, near Snake Island, the Armed Forces of Ukraine lined up or destroyed half a dozen warships and cutters of the Russian Black Sea Fleet, including the flagship cruiser Moskva.