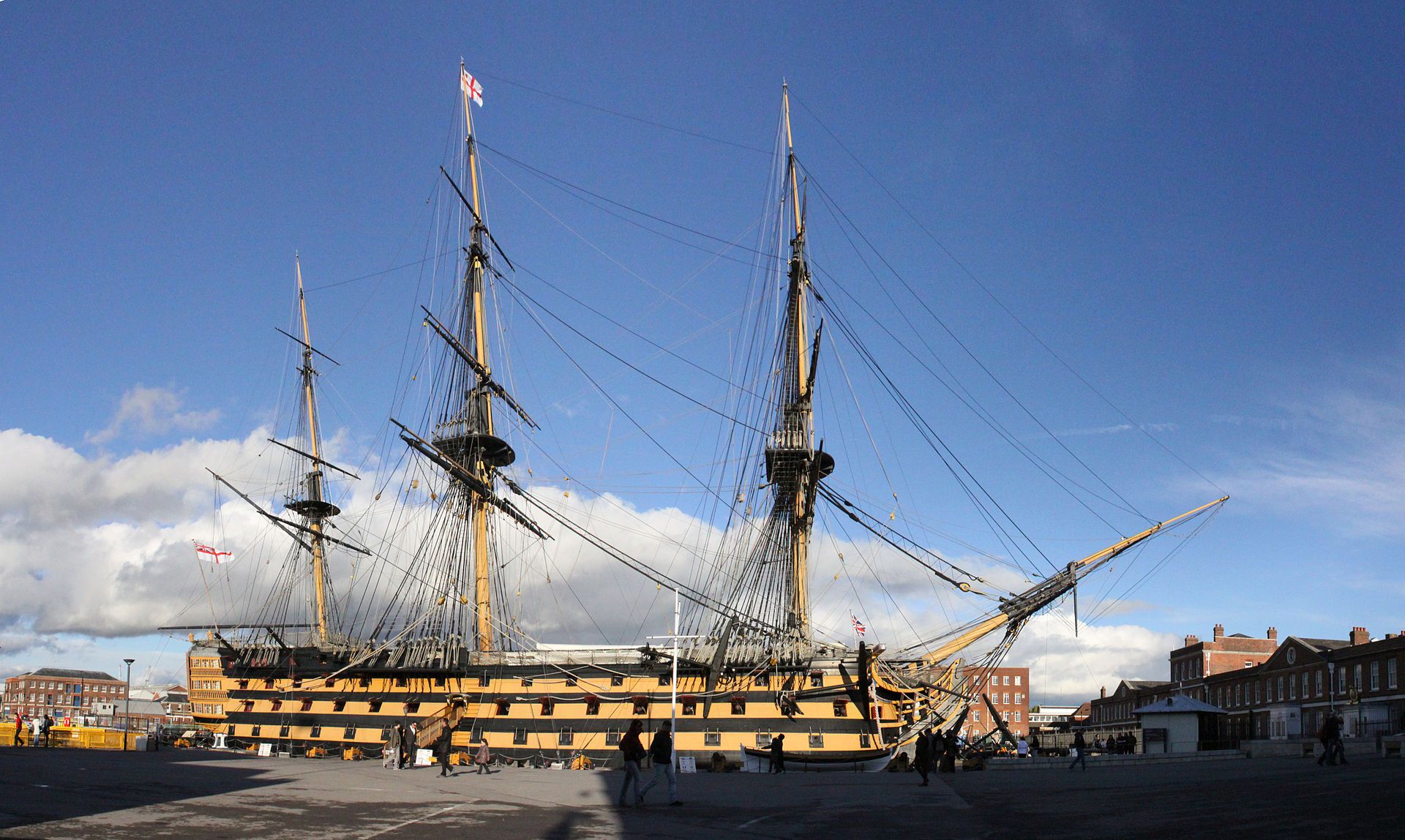 Merlin on the flight deck of RFA Tidesurge, picture taken from HMS Albion 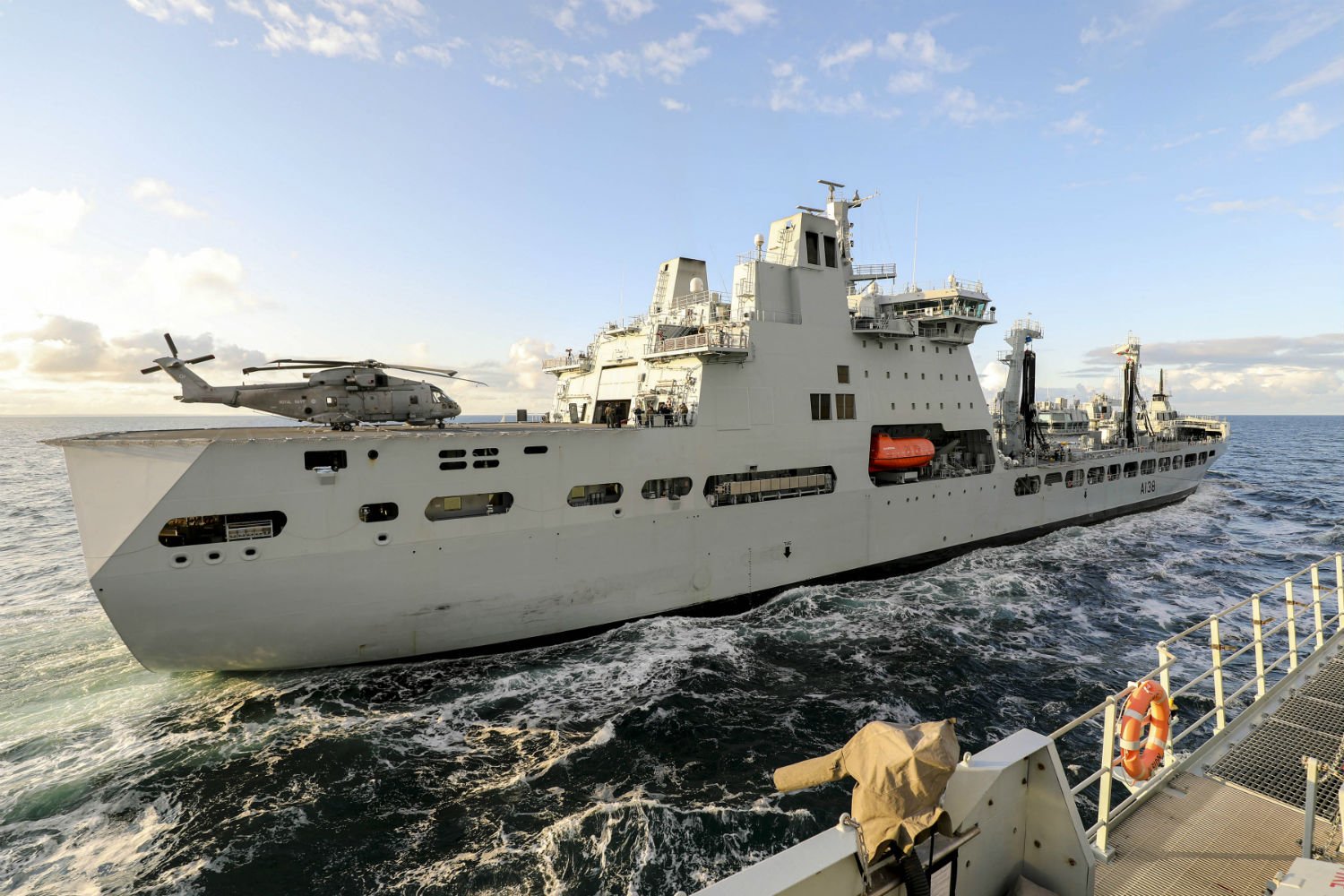 HMS Dragon (D35) being refuelled by RFA Tideforce (A139) while on WESTLANT19, 22nd October 2019. The light does a good job of highlighting the shape of the forward superstructure under the bridge. 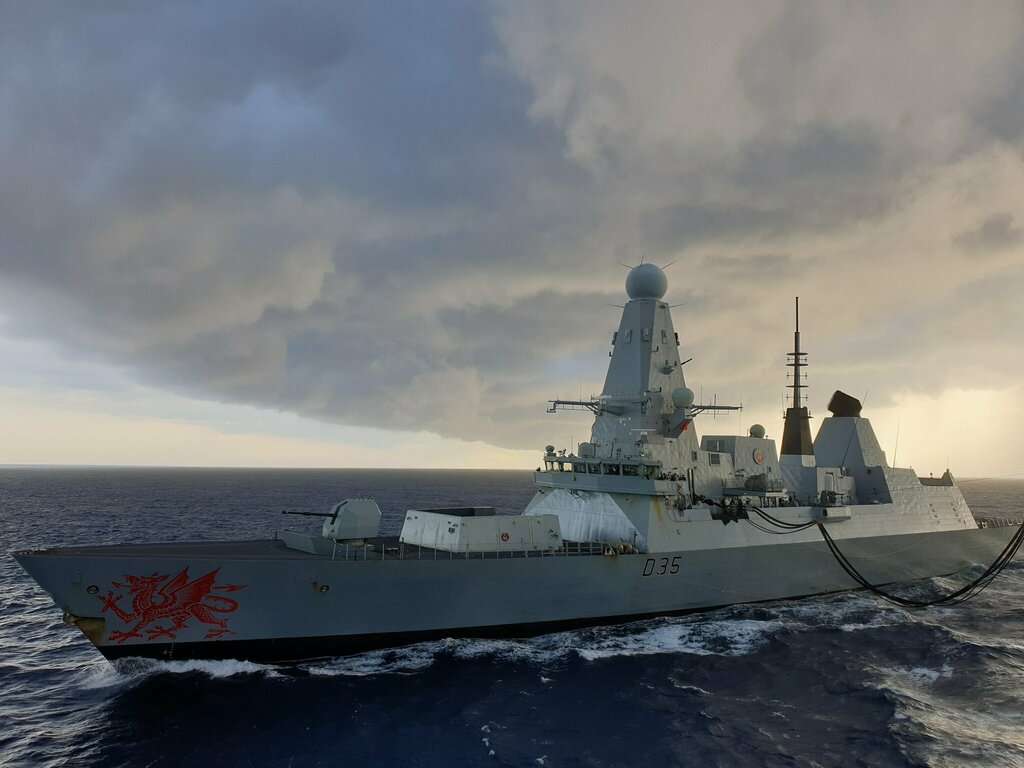 HMS Hood at Ocean Pier in Hobart with HMS Repulse in the background on their visit in April 1924. 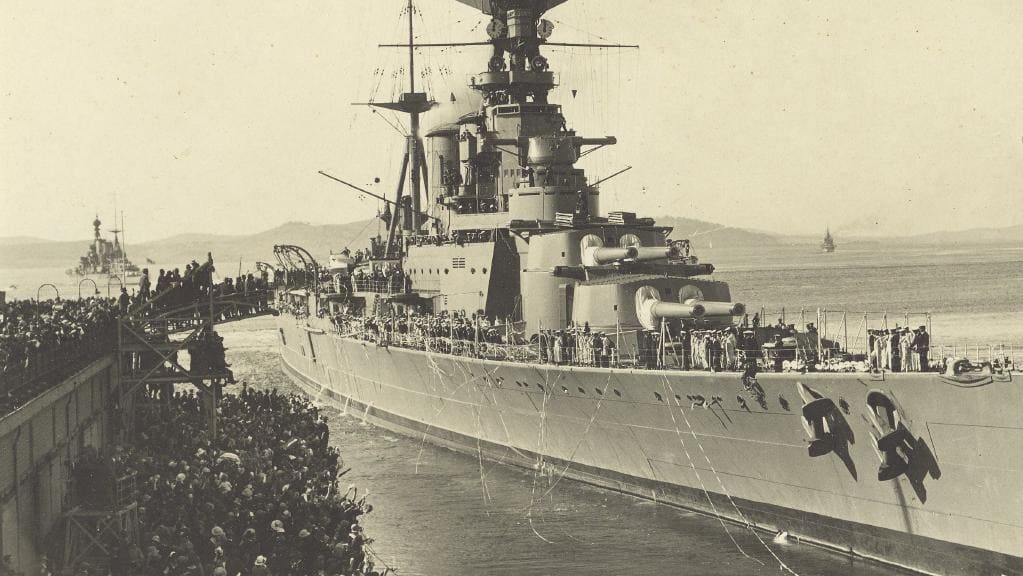 HMS Belfast in front of the tower bridge 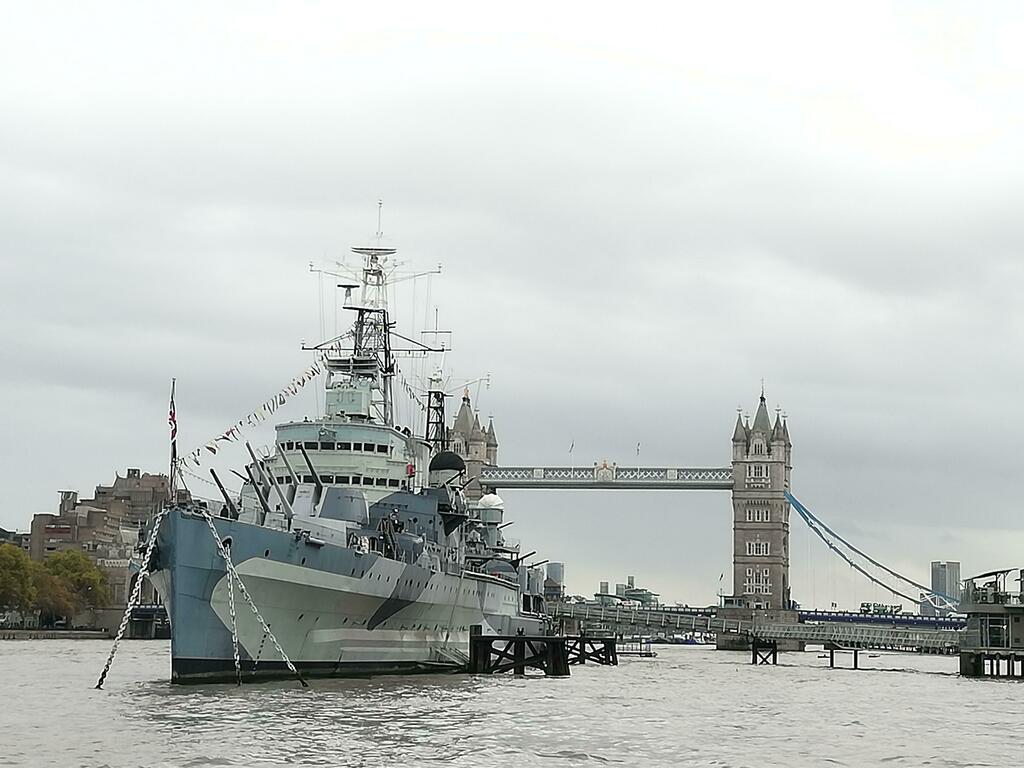 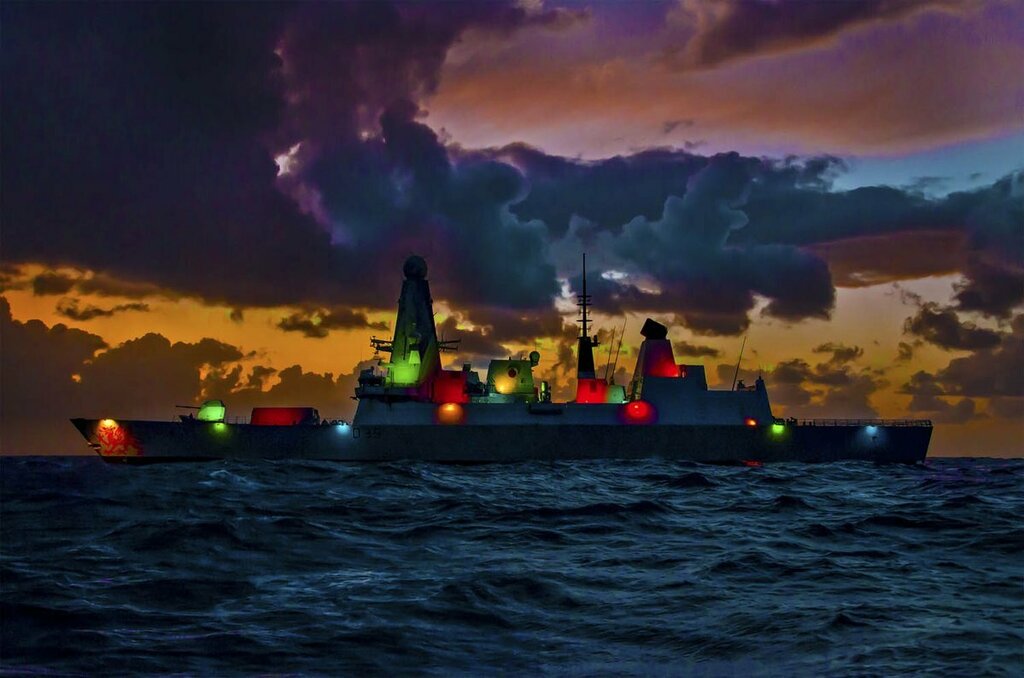 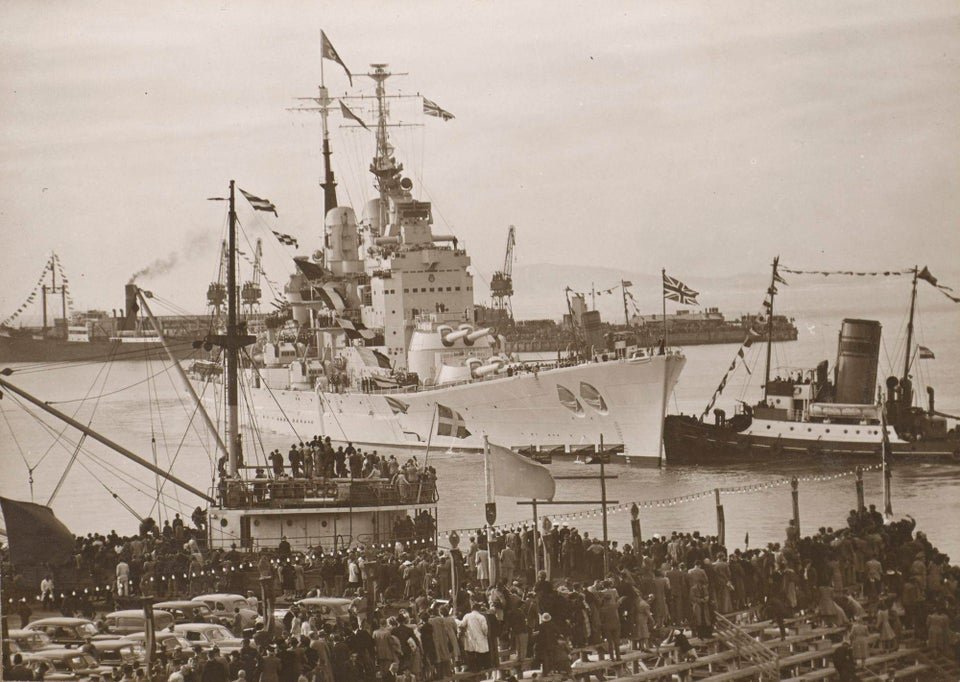 HMS Sheffield with the minesweeper HMS Seagull alongside, lying at anchor in a Russian port, in typically miserable winter weather, Dec 1941 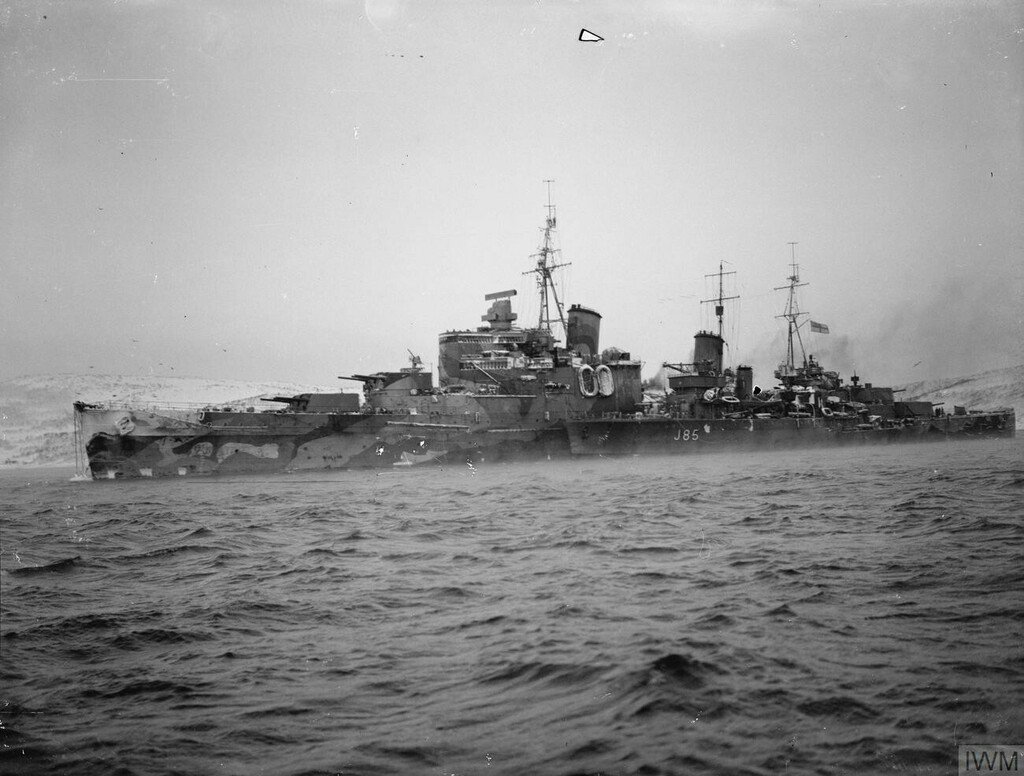 Days gone by, Devonport Naval Base from the air in 1964. Look at all those ships. 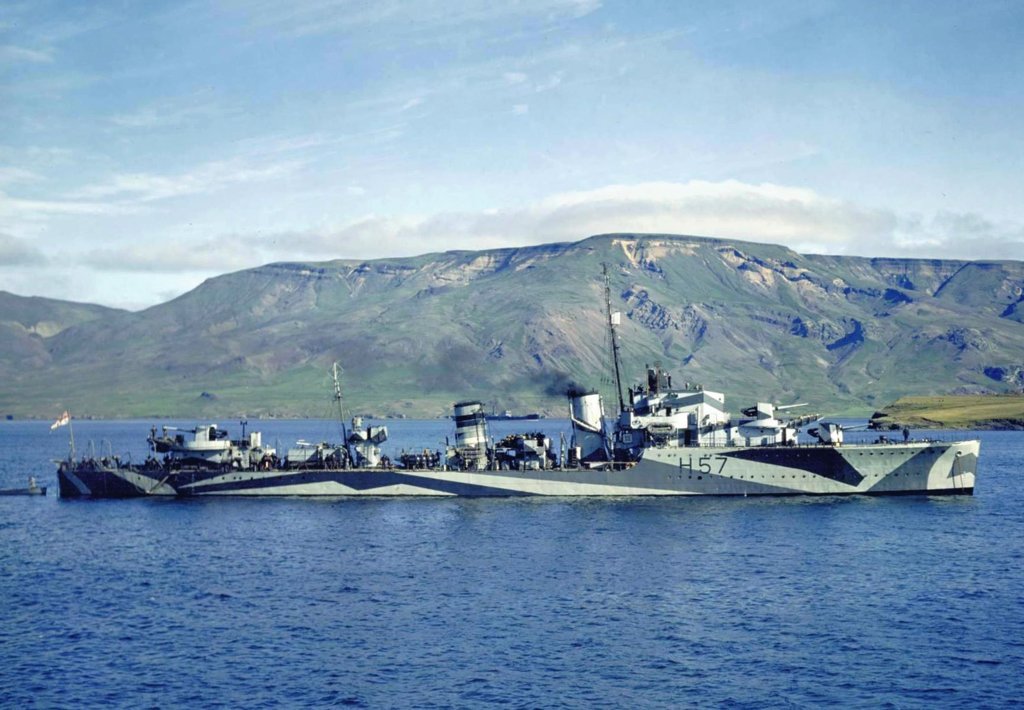 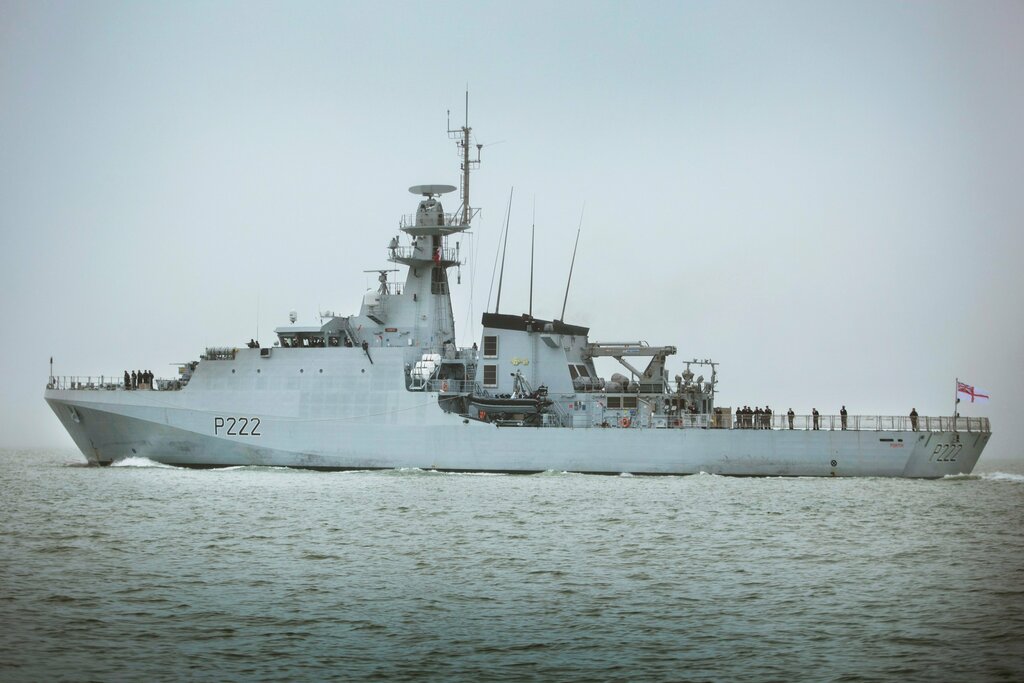 Cumberland cutting it close to another vessel 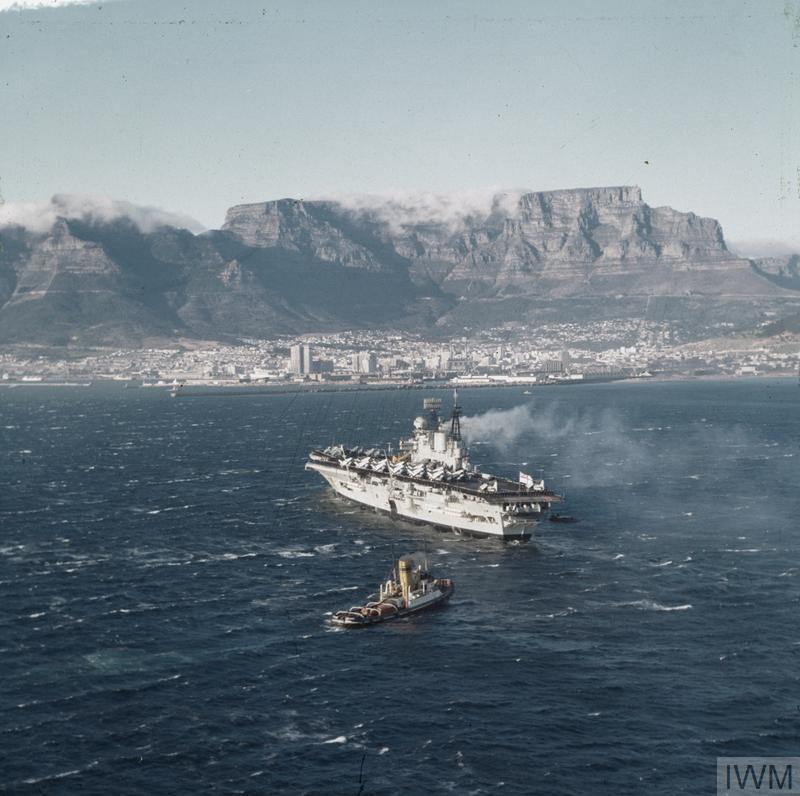 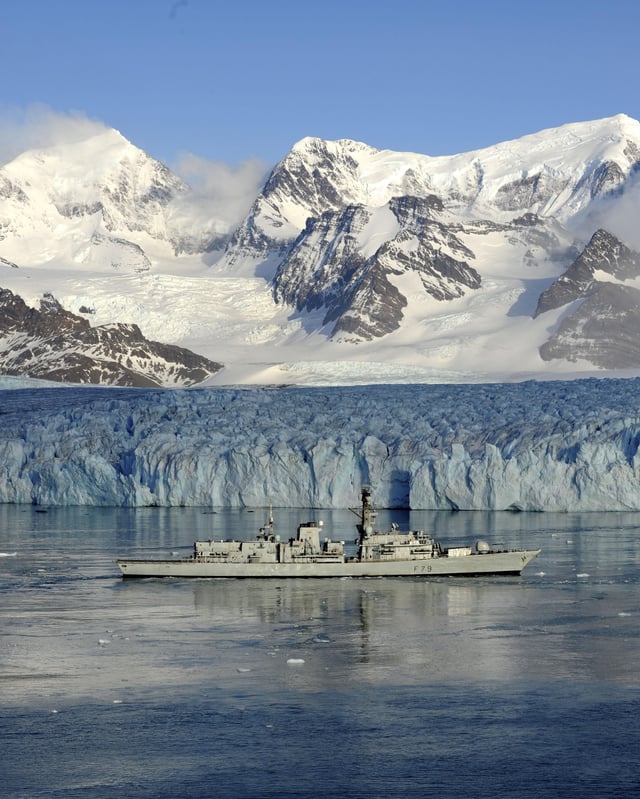 The photo of HOOD in Hobart reminds me of a story a mate told me a few years back. He was on holidays with the family in Tassie and he has a passion for Naval History and loved looking around old curio shops especially with a maritime theme. He was in a little store in a small town on the coast. Whilst wandering around he happened upon a shelf with a small box containing large cast brass polished letters. There were several "H"s and "O"s in there. After a little game of scrabble he quickly gathered up the letters and took them to the counter and asked for a price. The guy had no idea what they were and my mate quickly handed over a $50 note. The store keeper was happy with that and he left with his box full of letters. His wife was not happy about spending $50 on a bunch of scrap, as she saw it, until he laid out the letters on a picnic table and told her that he knew that when the HMS HOOD and REKNOWN had visited Australia in the late 20's early 30's. HOOD had left one of her ships boats behind for the then fledgling RAN depot in Hobart. Having outlived its usefulness the boat was scrapped many years later and it broken up.

When the letters were laid out it simply spelt HMS HOOD (twice). The letters were about 3 inches high with several small screw holes in each. They had been attached to the sides of the large whaler type boat that HOOD had embarked and left behind. All I can say is "what a find"!
Top

HMS Dundas F-48 seen in the River Avon passing under the Clifton suspension bridge en route from Bristol toward Avonmouth.

Personnel from all three Services. F-35 jets and Merlin helicopter formed up on the deck of HMS Queen Elizabeth this week, to pay their respects to the war dead in the lead up to Armistice Day (also known as Poppy Day in the UK). 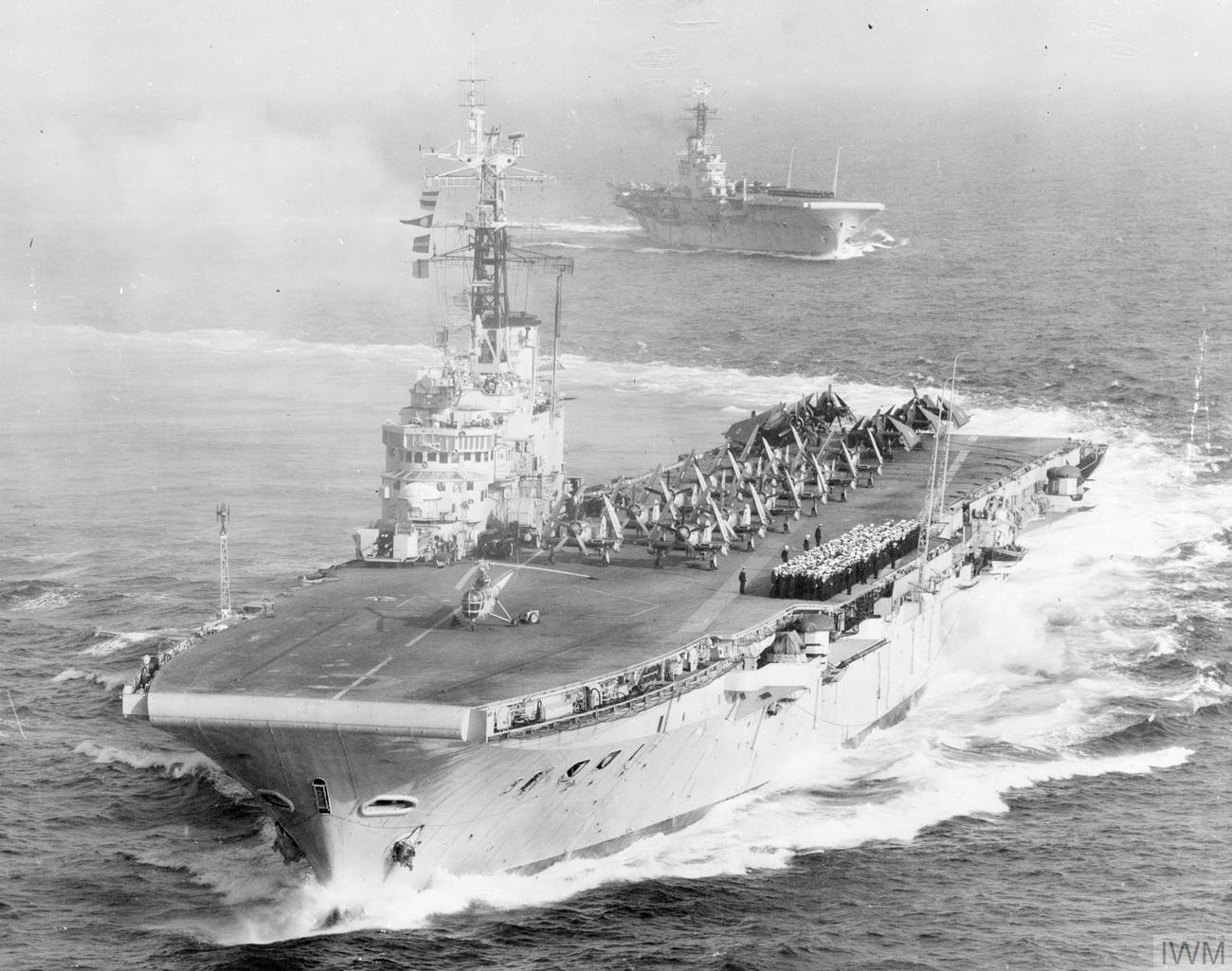 A double RAS from RFA Tideforce for R08 HMS QE and F238 HMS Northumberland with a hovering F-35B coming in for landing. 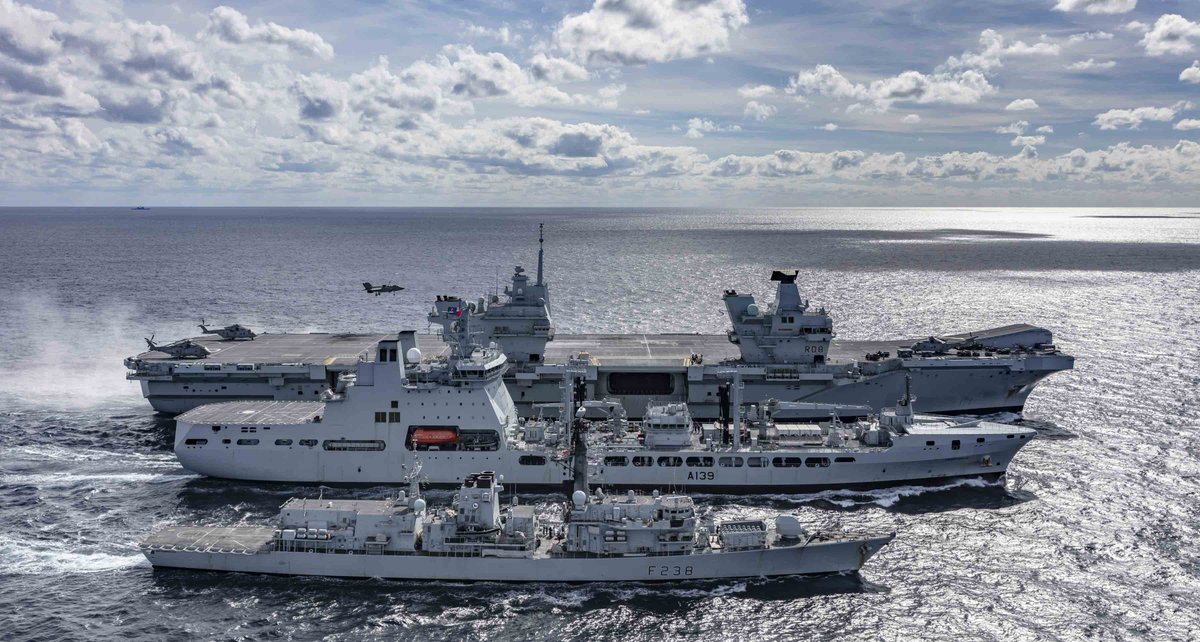 Just before the Regatta, an RN Homer. Corunna in the Med March 1959 crawling back to Gib at 8 knots after hitting Barrosa. 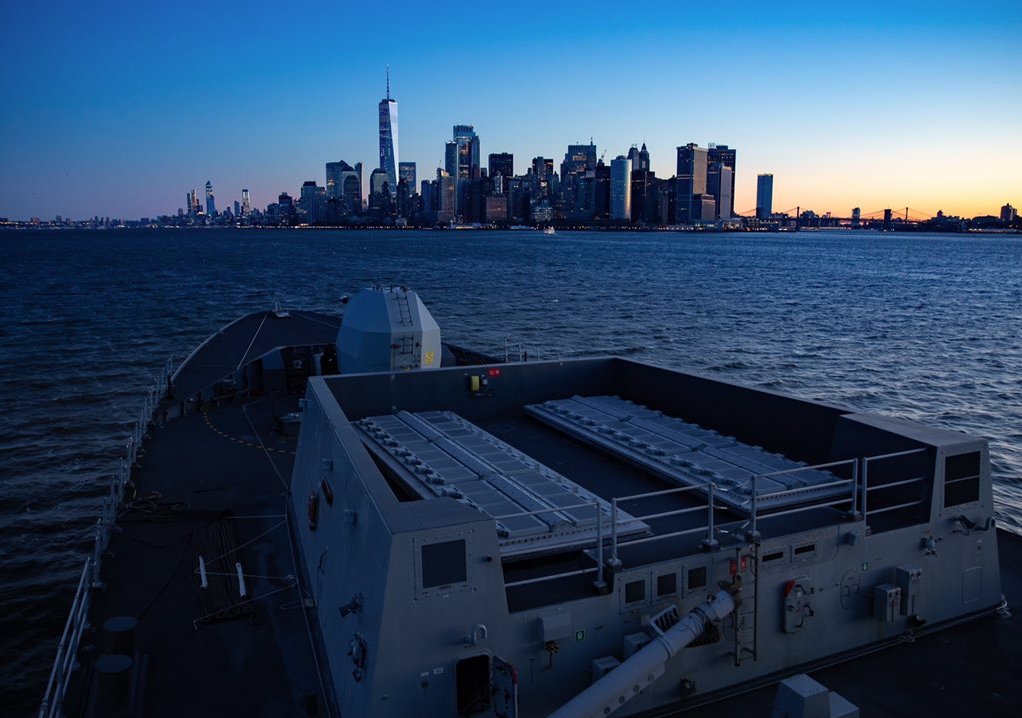 HMS Warspite follows strike carrier HMS Eagle and her escorts, as a Wasp helicopter keeps an eye on the SSN, Indian Ocean, February 1968. 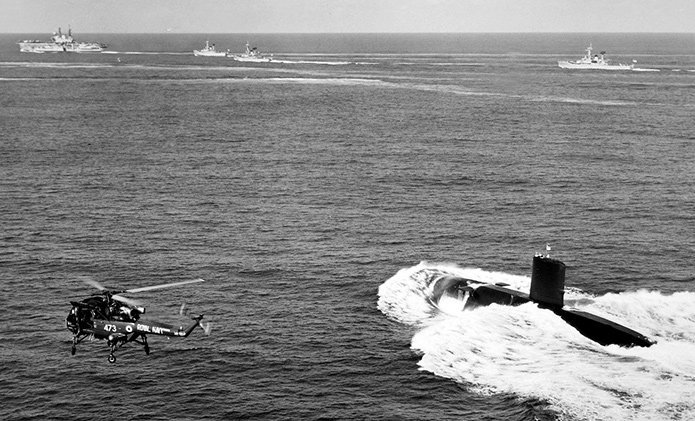 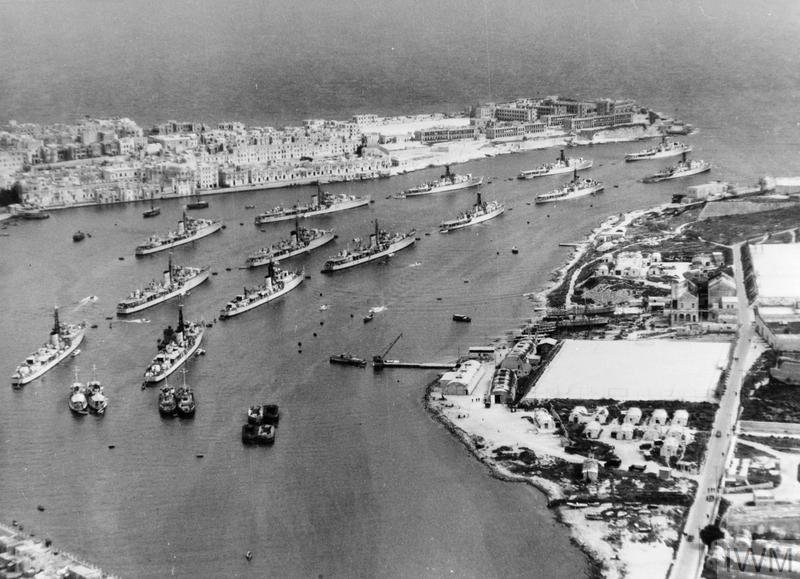 HMS Prince of Wales undertaking trials in the North Sea. During this she did a dead stop from 25 knots, took her 2 miles to do so. 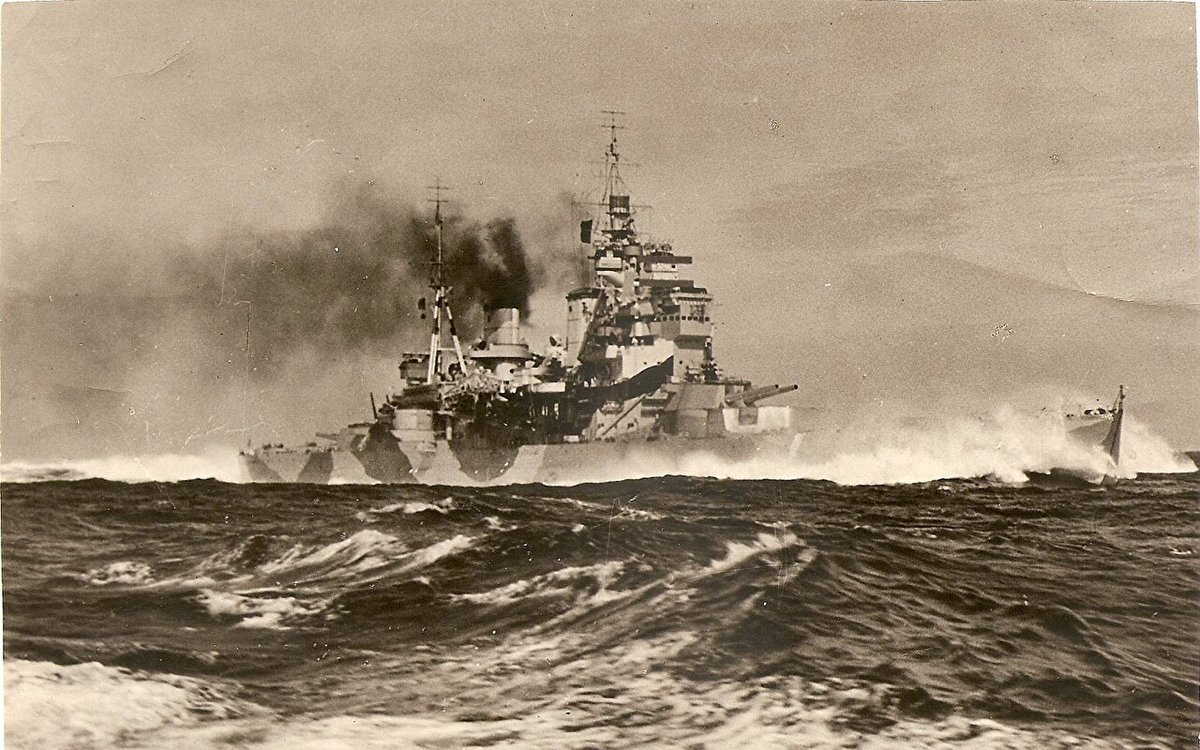 Queen Elizabeth, Prince of Wales, Victory, and a few Type 45s at Portsmouth Naval Base 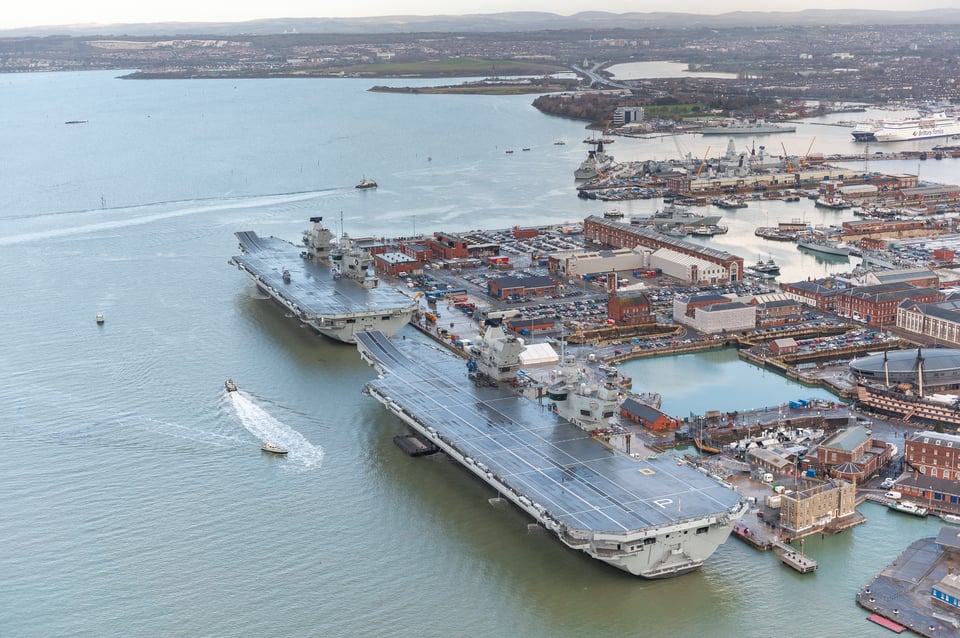 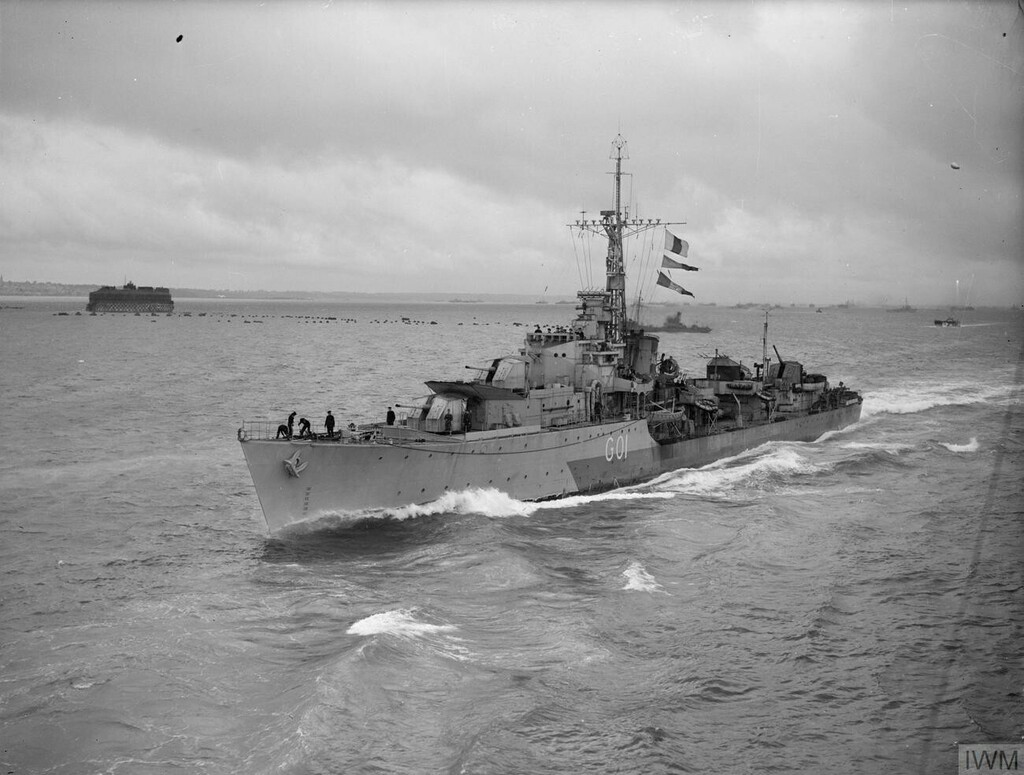 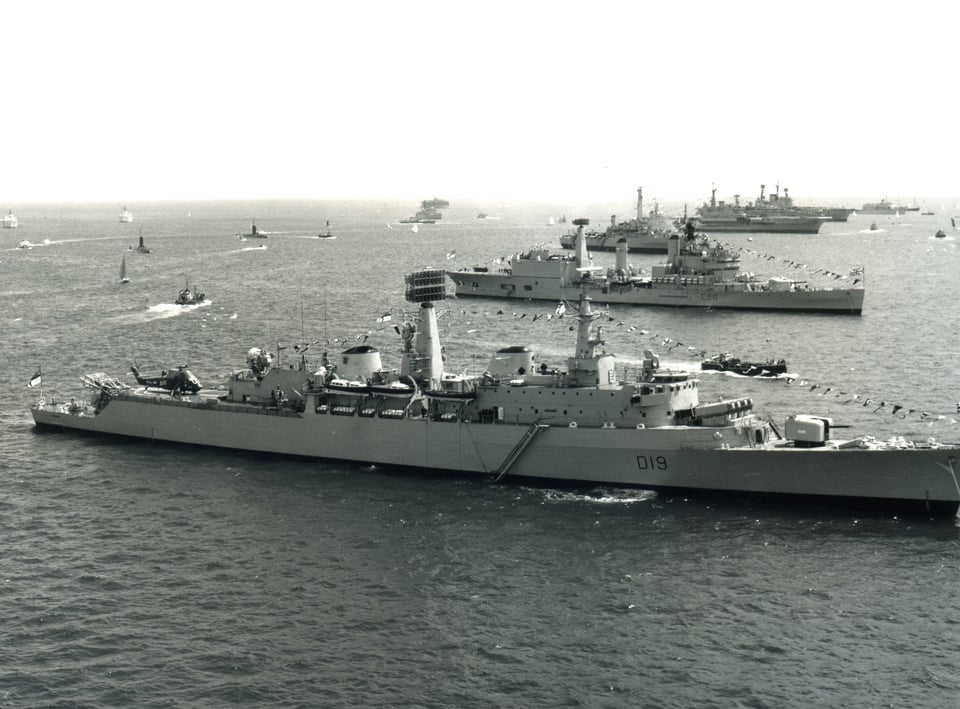