Five Type 31e Frigates to be built in Scotland 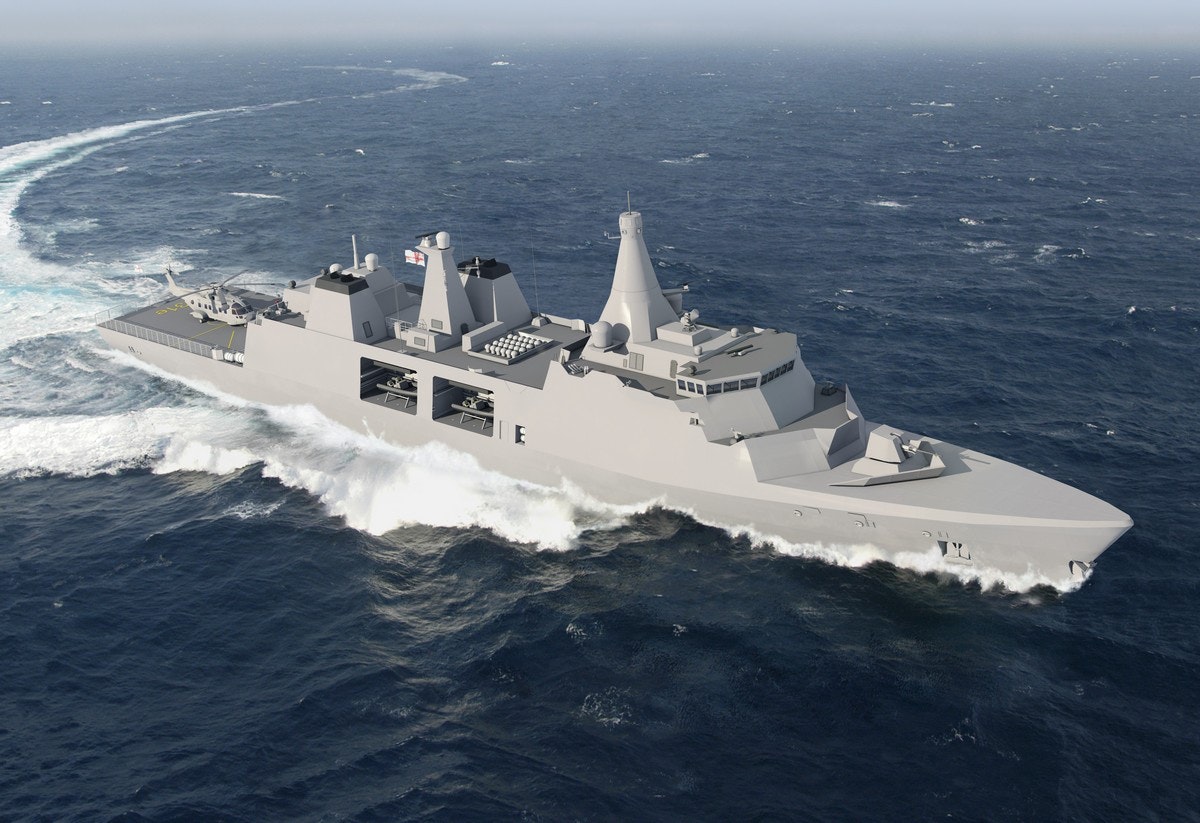 According to Babcock in a statement:

“Following a comprehensive competitive process, Arrowhead 140, a capable, adaptable and technology-enabled global frigate will be the UK Royal Navy’s newest class of warships, with the first ship scheduled for launch in 2023.

At its height the programme will maximise a workforce of around 1250 highly- skilled roles in multiple locations throughout the UK, with around 150 new technical apprenticeships likely to be developed. The work is expected to support an additional 1250 roles within the wider UK supply chain.

With Babcock’s Rosyth facility as the central integration site, the solution provides value for money and squarely supports the principles of the National Shipbuilding Strategy. It builds on the knowledge and expertise developed during the Queen Elizabeth aircraft carrier modular build programme.”

Babcock’s consortium beat a BAE-led team and another led by Atlas Elektronik UK to clinch the £1.25bn deal for five ships.
According to the Financial Times in their analysis of this news in light of Babcock consortium partners H&W and Fergusons both going into administration in recent months:

Five vessels will be built at Rosyth. Babcock had previously warned that 450 jobs could be lost at Rosyth if it didn’t get the work.

“The company are extremely optimistic they can work with the recognised trade unions (Unite, Prospect & GMB) when they secure the T31e project to minimise the risk of potential future compulsory redundancies. To achieve this, in the meantime, the company shall look to release volunteers for redundancy under the current phase announced in February 2019.

However, whilst securing the T31e project will give the yard a future longer term there is still the matter of current surplus labour. It is for this reason the company and the recognised trade unions shall look to enter into a temporary mobility agreement to secure the skillsets required for the future. In the unfortunate event the company is unsuccessful in securing the T31e project it is likely we would be faced with the potential of 450 trade union members being made compulsory redundant, impacting all skill sets and all trade union collectives.” 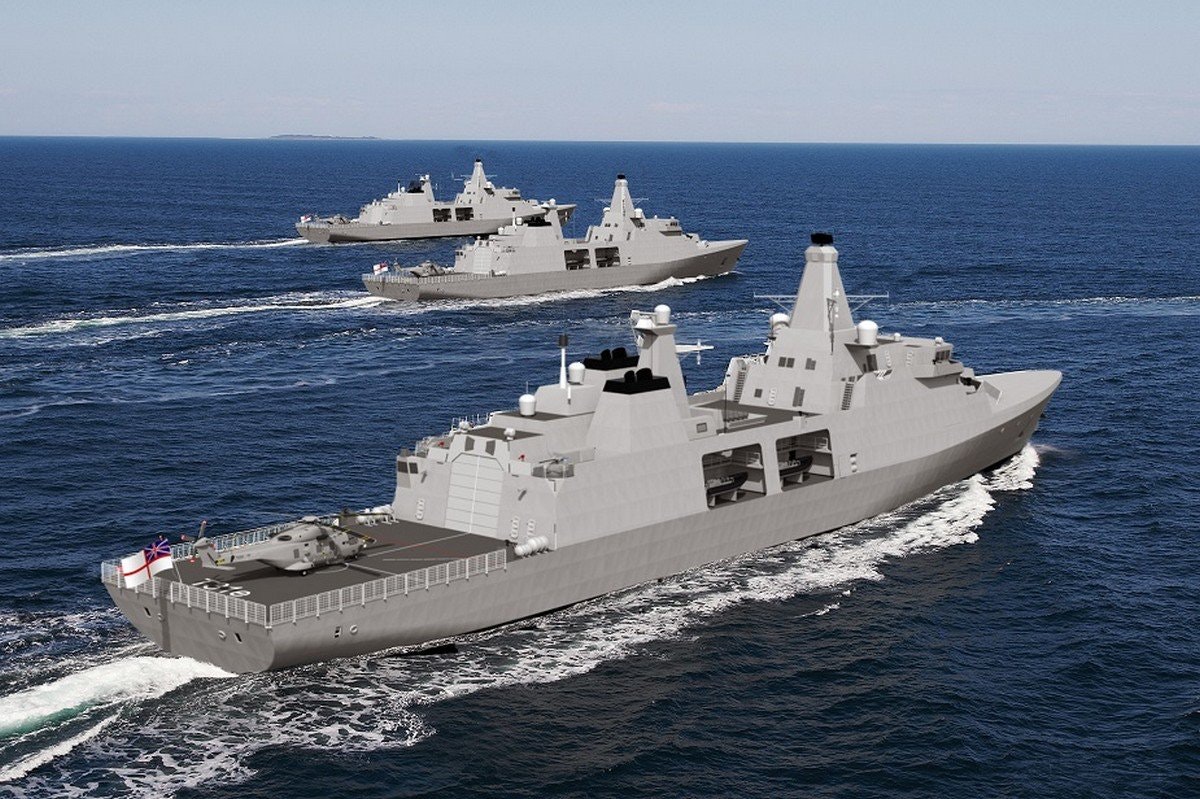 “The UK is an outward-looking island nation, and we need a shipbuilding industry and Royal Navy that reflect the importance of the seas to our security and prosperity. This is an industry with a deep and visceral connection to so many parts of the UK and to the Union itself.

My government will do all it can to develop this aspect of our heritage and the men and women who make up its workforce – from apprentices embarking on a long career, to those families who have worked in shipyards for generations.

“I look forward to the restoration of British influence and excellence across the world’s oceans. I am convinced that by working together we will see a renaissance in this industry which is so much part of our island story – so let’s bring shipbuilding home.”

“These mighty ships will form the next generation of the Royal Navy fleet. The Type 31 frigates will be a fast, agile and versatile warship, projecting power and influence across the globe.

The ships will be vital to the Royal Navy’s mission to keeping peace, providing life-saving humanitarian aid and safeguarding the economy across the world from the North Atlantic, to the Gulf, and in the Asia Pacific.”

The first ship is expected to be in the water by 2023.
Top

Not going to win any prizes for looks in my opinion. Hopefully BoJo (if he survives Brexit) will increase the orderbook.
Nige
Top

It will be interesting to see the firmed up design, at 1.25 Billion pounds for five ships that size, they are not going to come with that much.
Probably spend a lot of time in areas of operations that are deem low risk, in saying that, it frees up the Type 45 for higher end work.

You are right on there Robert. I would say there might be a fair degree of 'fitted for, but not with'.
But the important thing is that the hulls are being built....what bling they come with is important, but secondary, as gear can be added as required or as budget allows throughout their lifetime. Without the baseline platform it is obviously a total non-starter. Not ideal, but better than nout!
I have seen a variety of different potential weapons fits, from a 127mm main gun, MK41 cells, Sea-Ceptor, even the Kongsberg Naval Strike Missile (which as you will no doubt have seen has huge potential).
Nige
Top

They may be cheap but they are not small. 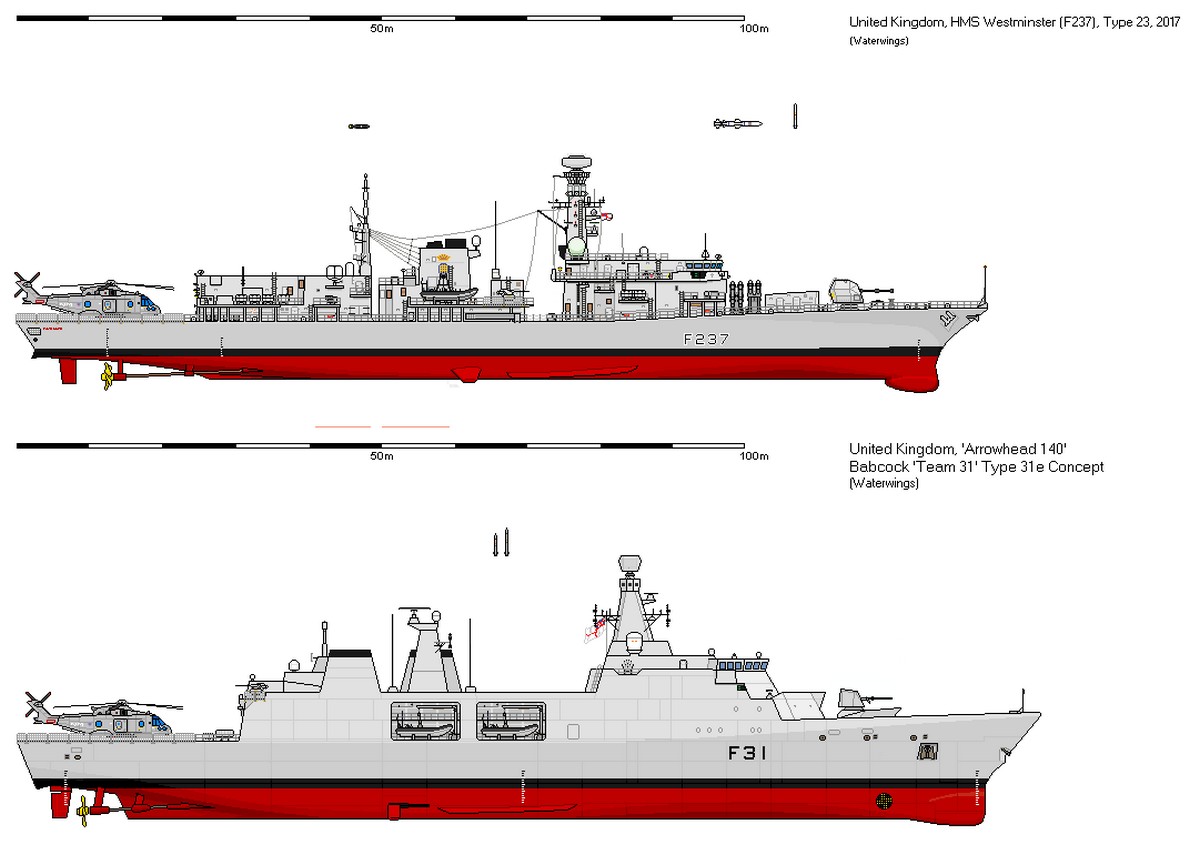 Indeed Mike, but it must be remembered that currently, 'steel is cheap, and the air that surrounds it is free'. As strange as it sounds, when taking all all things into account, it is more cost effective to build bigger.
Seems to be a trend lately.
As a sidenote, assuming the graphic is from the Shipbucket site?, it is probably inaccurate....in my opinion and experience.
Nige
Top 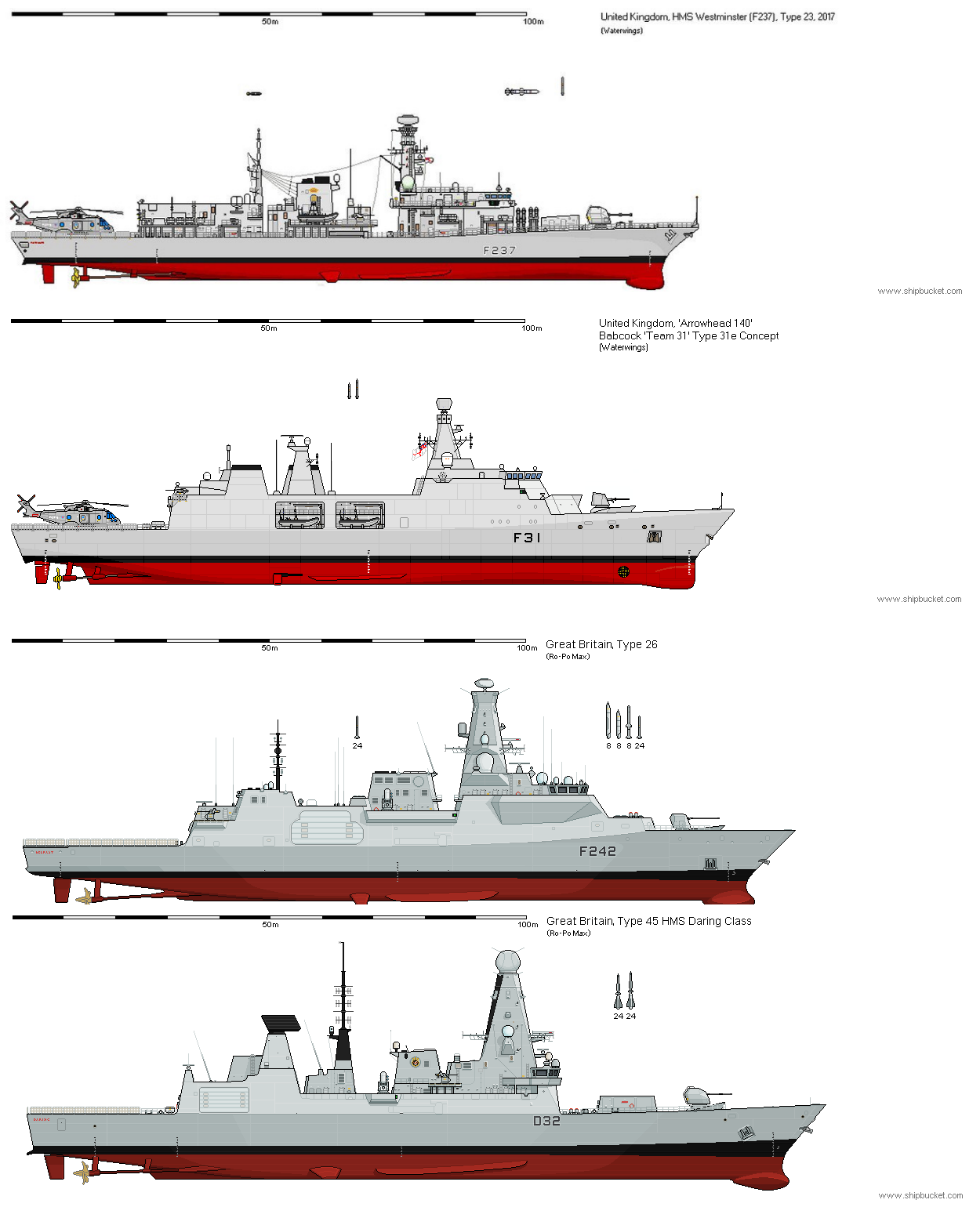