Spent some time chatting to Russ in the periods when the Defence Models & Graphics stand wasn't swamped with potential customers. Based on the interest Russ should be a busy boy for at least the next two years until Pacific 2012

The three big items are the AWD, the new Canberra Class LPDs and the contest between the SH-60R Romeo version of the venerable Seahawk and the all new MH-90 for the RAN maritime helicopter contest.

Not as many interesting models this year as compared to 2008, but some were interesting.

I will eventually post some pictures I took, after they appear in the Magazine (Editor's orders).

As promised, some shots from Pacific 2010

A Defence Models and Graphics product 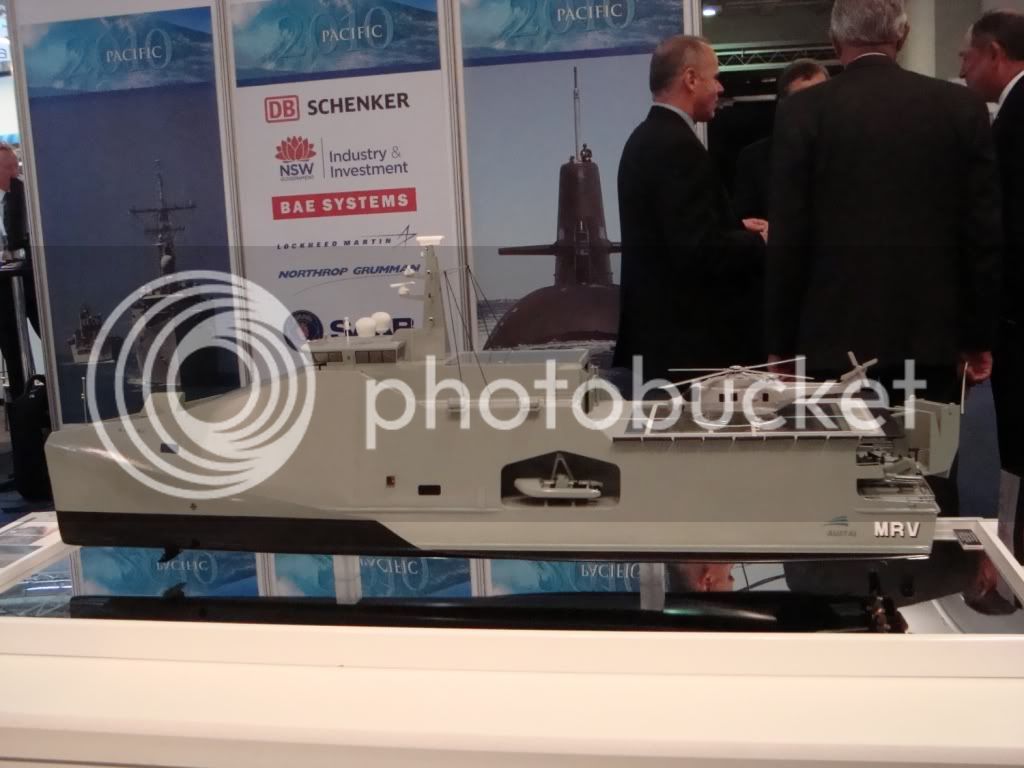 A pair of French sub designs on show.

More images can be seen at