Retired icebreaker to be saved from scrap heap, revamped and repurposed

Australia’s Antarctic icebreaker for the past 30 years, the Aurora Australis, has been saved from the scrap heap and will instead be given a new lease of life, The Australian can reveal.

This caused consternation in the expeditioner community and in Hobart, where the bright orange icebreaker has been a fixture for three decades.

However, The Australian has confirmed the ship, one of the last large steel-hulled passenger vessels made in Australia, will be retained by owners P&O Maritime Logistics after a long evaluation process.

The company will give the beloved vessel, widely known as the ‘Orange Roughy’, a five-year maintenance overhaul at its shipyards in Dubai and then lease or sell it, most likely for polar work.

“As an important part of P&O’s heritage, we have been determined to keep Aurora Australis in operation and have been heartened by the high level of interest from potential customers and buyers,” said senior P&O executive Radostin Popov.

“We are incredibly proud of the work undertaken by Aurora Australis as she is an exceptional vessel that has kept her crew and passengers safe for 30 years. The next stage of her life will ensure this iconic vessel is preserved.

“I would like to thank all the parties who have shown a keen interest in wanting to own or work with Aurora Australis. It is testament to her reputation as a strong and reliable ship.”

Aurora Australis would leave the Port of Hobart in mid-November, for Dubai.

While its departure will disappoint a foundation that had hoped to turn the ship into a floating Antarctic museum, its survival as a working vessel is likely to be widely welcomed.

The development, to be announced in coming days, came as the Australian Antarctic Division confirmed its new icebreaker, the Romanian-built Nuyina, would not arrive in Hobart until mid-2021, due to COVID-related delays.

They ran the new one aground also when she was moving her from one yard to another. Seems to be an odd place to be constructing an Icebreaker (Romania).
Top

Romanian shipyards are cheap, that's why.

Same reason MV Sycamore was built by Damen, a Netherlands based company, in Vietnam.

Another reason Nuyina was built in northern Europe was that it is safer to test the new ships ice handling capabilities in Arctic waters which are closer and more practical for the builders.

Anybody have any ideas how to obtain the hull line and deck arrangement plans? I would like to build a model of Nuyina. At 160m that's 2.2m in 72 scale.

Design and construction is being managed by the Dutch Damen Group, so you could try emailing them at info@damen.com 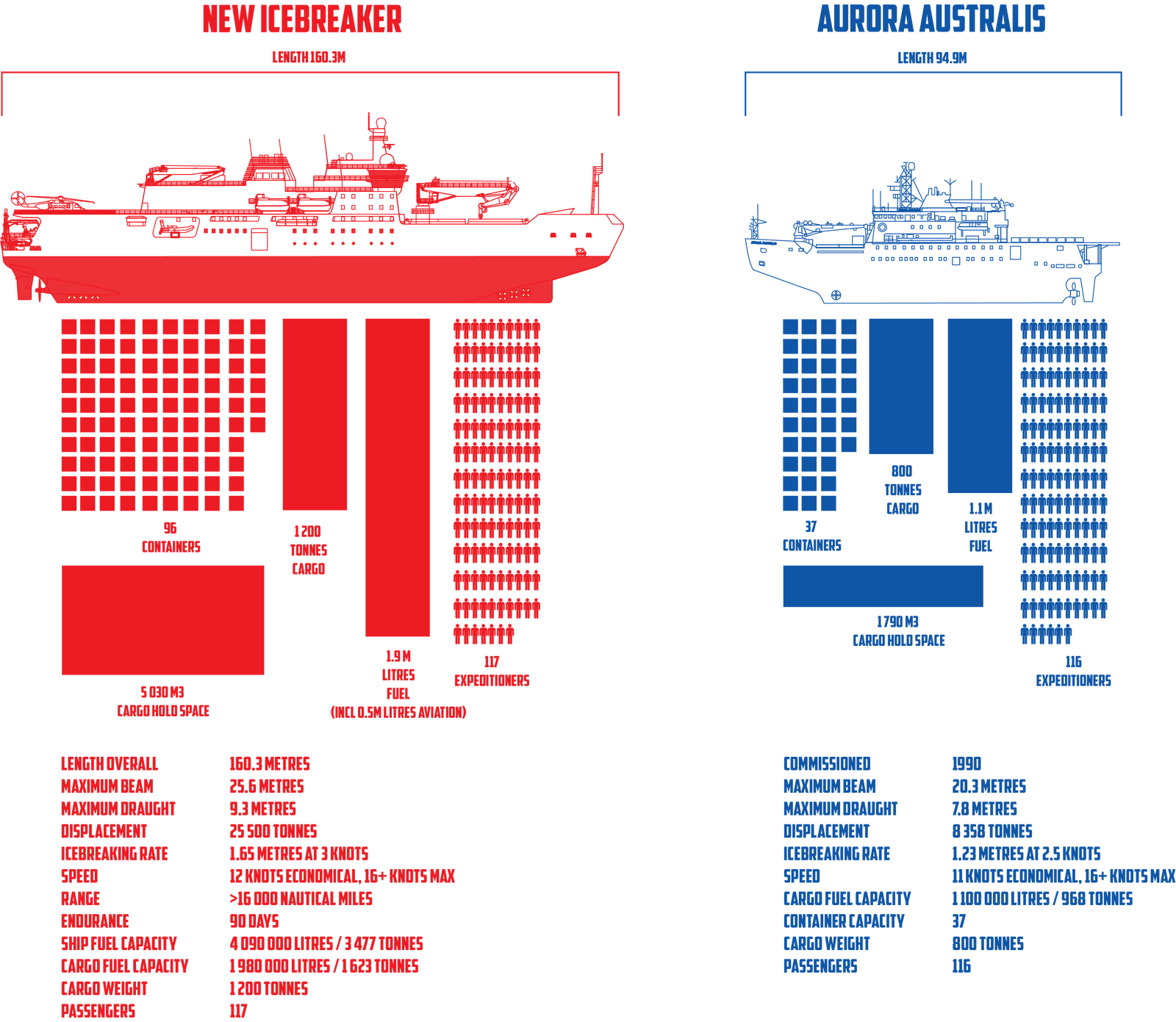 A lot bigger than the old girl.